CARLOS VIVES and ANUEL AA set to participate in LATINFEST+ 2020 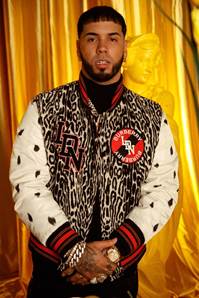 Vives, who throughout his 25-year long career has spun global hits such as “La Gota Fría,” “Robarte un Beso” and “La Bicicleta,” will be a speaker in a panel titled “Viva Live with Carlos Vives.” The “La Voz” coach and Colombian music icon will discuss the making of his new album, never-before-seen behind-the-scenes material and an exclusive look into his new tour.

Puerto Rican trap star Anuel AA, whose latest collaborative title with Shakira, “Me Gusta,” rose to number nine on the Top 10 Hot Latin Songs chart, will participate in a panel titled “Viva Live with Anuel” and discuss the making of his new album.

During two of the event’s most anticipated panels – “On The Rise” and “Regional Mexican Goes Urban” – attendees will be able to hear from newcomers and industry veterans alike, all considered to be some of the most renowned artists in Latin music.

“On the Rise: The New Generation of Urban Men and Women”

As one of Billboard’s most celebrated franchises, the popular “On the Rise” panel will feature Natanael Cano, Cazzu, Jhay Cortez, Lunay, Mariah, Sech, Myke Towers and Manuel Turizo in a candid conversation discussing the men and women pushing the boundaries in the Urban and Trap genres. Cortez, Sech and Turizo all join the panel in the midst of tremendous success, having recently been announced as finalists in the Artist of the Year, New category at the “2020 Billboard Latin Music Awards.” Cano, who is ushering in the Trap Corridos movement with songs that have gained popularity among young listeners, joins the panel after securing his first top 10 on Billboard’s Hot Latin Songs chart with the hit heartbreak song “Amor Tumbado.” Towers joins the panel following the success of his sophomore album Easy Money, Baby, which debuted at No. 1 on the Feb. 8 Top Latin Albums and Latin Rhythm Albums charts. Lunay, who in only 18 months of his career has already made an impact in the Latin music business, completes the lineup of panelists, joined also by Argentine star Cazzu and “Perreito” singer Mariah, two female powerhouses making waves in the Trap genre.

Celebrating its 30th anniversary as the longest-running and biggest Latin music industry and fan gathering in the world, LatinFest+ will include superstar conversations, industry panels, workshops, live concerts, activations and fan experiences. The three-day experience culminates with the “2020 Billboard Latin Music Awards,” which airs live on Thursday, April 23, 2020 at 8pm/7c on Telemundo.

For the latest news visit LatinFestPlus.com or Billboard.com/Latin. To purchase tickets for LatinFest+, please click HERE