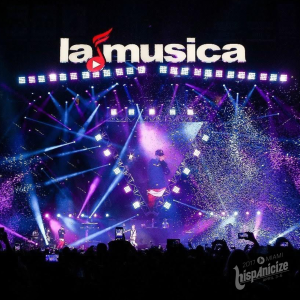 In anticipation of the most ambitious Latin music showcase in the history of the Hispanicize event, Hispanicize Media Group announced today that it has renewed its major music and entertainment alliance with Spanish Broadcasting System (SBS) (Nasdaq: SBSA) and its digital streaming and entertainment service LaMusica.

Presented by Prudential Financial, Hispanicize 2017 (www.HispanicizeEvent.com), the largest annual gathering of Latino trendsetters and newsmakers in the nation, will take place in Miami April 3-6, 2017.

“SBS and LaMusica will play instrumental roles in creatively and organically infusing music throughout what is poised to be the most exciting Hispanicize Music Showcase we’ve ever executed,” said Manny Ruiz, founder and CEO of the Hispanicize Media Group that owns the Hispanicize event. “Our dynamic partnership with SBS/LaMusica is a huge win for the Latin music industry, for artists, sponsors and for event attendees.”

“Our collaboration with Hispanicize allows us a unique opportunity to create a bridge connecting artists, brands, and influencers,” commented Carolina Santamarina, Senior Vice-President, Spanish Broadcasting System / Portafolio. “LaMusica is a powerful music and entertainment app in the Hispanic landscape, and is designed to serve as the conduit for all unique branded entertainment. We want to create a symbiotic relationship with one common denominator – music.”

“Partnering with SBS/LaMusica solidifies our commitment to bringing our attendees the latest and greatest of the Latin music industry to our event,” said Katherine Johnson-Gunn, Music Director & Co-Founder of Hispanicize Media Group. “With SBS/LaMusica, we’ll be bringing the most talked about Latin artists of the year, rising stars, and top music industry execs, for performances, panel discussions and more.”

Scope of the Alliance

As part of the alliance, SBS/LaMusica will produce extensive coverage for the event before and during Hispanicize 2017 and will also be the lead partner of the Hispanicize Music Lounge that will spotlight Latin music artists showcasing their latest works. SBS will also co-present the official concert of the 3rd annual Tecla Awards that will once again feature a major A-list artist.

Additionally, SBS/LaMusica will also curate sessions featuring major music artists and topics that most impact the Latin music industry. Leading personalities, DJs and executives from SBS’ national network will also participate in some of these important sessions and programs of the event.

As part of its expanded partnership with Hispanicize, SBS will be showcasing the latest features of its ground-breaking LaMusica app. The latest version of LaMusica builds on its immersive mobile radio and music offering, with bi-cultural/bi-lingual, short-form vertical video content highlighting the world of Latin music, entertainment and pop-culture, created specifically by and for Hispanic millennials. (Click here to view the LaMusica Sizzle Reel)

To purchase a pass to attend the event REGISTER HERE. To reserve a hotel room visit http://bit.ly/2f4HhV0.

KAELYN A GONZALEZ en nueva temporada “Cuba Under The Stars”