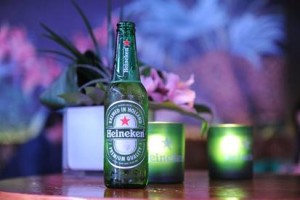 The multi-year deal establishes Heineken as the first Founding Partner and Official Beer of Inter Miami CF, granting them signage, intellectual property rights and retail activations, as the brand works closely with the Club to continue enhancing the fan experience in South Florida.

“After much anticipation and excitement around the return of MLS to South Florida, we are thrilled to play a role as Inter Miami CF’s first official partner, and look forward to celebrating many future firsts together,” said Jonnie Cahill, Chief Marketing Officer at Heineken. “We are known worldwide as a devoted soccer brand, and through this partnership, we can’t wait to provide soccer fans across South Florida with the premium experience—and beer—they have come to expect from Heineken for years to come.”

Inter Miami CF was confirmed as MLS’s 25th franchise in January 2018 and will launch its inaugural season in 2020 at Ft. Lauderdale’s Lockhart site before moving to its permanent home in Miami. Heineken will be joining the team in celebrating a series of firsts leading up to and during the team’s inaugural MLS season, which kicks off March 2020.

“Our goal at Inter Miami CF is to provide the best possible experience to our fans. With Heineken we have an excellent partner who not only shares our vision and passion for the sport, but also understands the importance of being a community-first organization who engages directly with our core audience,” said Jurgen Mainka, Chief Business Officer at Inter Miami CF. “We are proud to welcome Heineken as the founding partner of our growing Inter Miami CF family and look forward to making history together as we kickoff our first season in MLS.”

The most prominent level of partnership with Inter Miami CF, Founding Partners have the highest levels of visibility, team access and customizable experiences that will forge an unprecedented connection with Inter Miami CF fans throughout South Florida and beyond.

“Since 2014, Heineken has been an invaluable supporter of Major League Soccer and our clubs, so it is with great pride that we congratulate Heineken and Inter Miami CF on the announcement of their partnership,” said MLS Deputy Commissioner and President of MLS Business Ventures, Gary Stevenson. “Heineken has a deep history of forging authentic relationships with fans across the league through celebratory moments and numerous club partnerships. We look forward to working with both brands to engage fans in Southern Florida in innovative ways for many years to come.”